Adventure golf is a combination of classic golf and minigolf. It's basically classic golf scaled down to the size of minigolf courses. Although miniature golf has the same size course as adventure golf, its surface, shape, and obstacles are taken from classic golf.

The adventure golf course at the castle has 18 holes, and is a sport that anyone can play, whether you are an amateur or professional. You don‘t need any special equipment, and there’s no need for training lessons, you just need to be in the mood and have a positive attitude.

Adventure golf is perfect for family celebrations or corporate events. 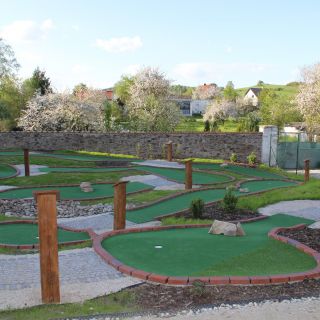